Drone technology is advancing at an amazing pace. In fact, I’d say that it the growth is exponential. Not only are we witnessing more drones in the sky but we are now witnessing drones being custom built for specific tasks.

Gone are the days that the main differentiator is the size of the camera. Manufacturers such as the Chinese Giants DJI are starting to penetrate the market with industry specific UAV’s. Their most recent, almost launched, drone is the Mavic Enterprise Dual. 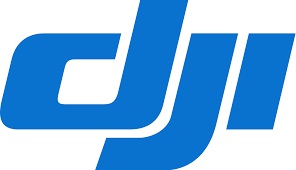 The Mavic Enterprise Dual (https://www.dji.com/uk/mavic-2-enterprise), combines together standard RGB camera technology (that’s a normal camera picture) with FLIR’s thermal camera. Working side by side, the two camera’s allow the drone operator to observe and record the real world seeing both our normal visual spectrum and that omitted by variations in temperature (infrared).

You have probably seen what this looks like before. The following picture has been provided by DJI. We will release our own image once the first batch are released about the 20th January 2019. Yes, we will be amongst the first to own this in the UK. 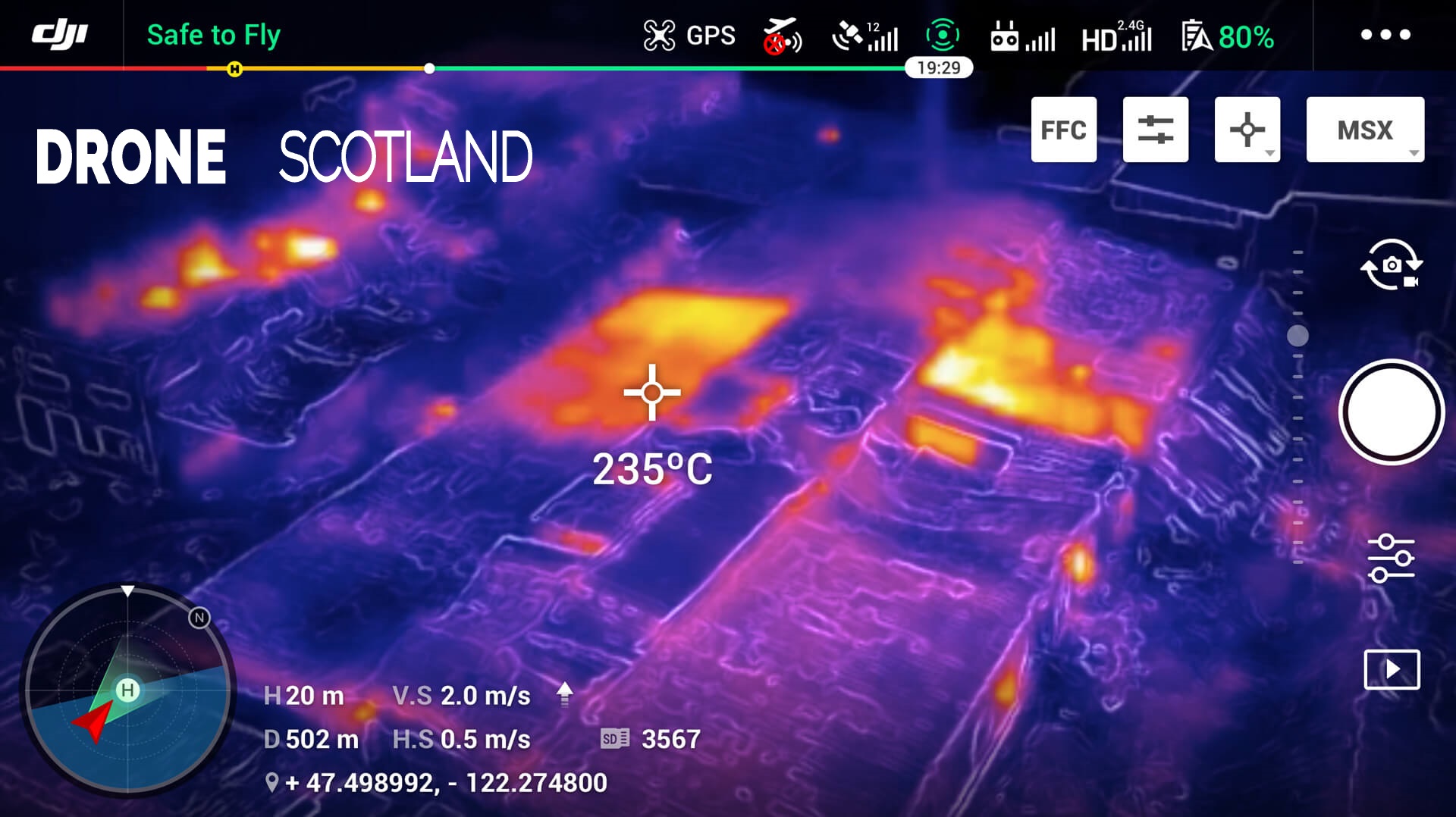 As you can see in the above picture, the structural lines of the buildings are clearly displayed next to the thermal readings. This specific image even shows the exact location and temperature of a section of the building.

This really is break through technology as it enables operators, such as Drone Scotland, to deliver high quality imagery in a wide variety of circumstances. Don’t get me wrong, this isn’t the first drone to deliver this but it is, in my opinion, a new revolution in drones. Why?? Well previous drones have been heavy, expensive and not as easily deployable. The beauty of the new Mavic Enterprise Dual, is that it is a small, easily transported and deployed drone. It weighs less than 1kg and is fitted with plastic rotors which greatly reduce the risk of it causing harm or damage to the surroundings. Our work is often in congested areas so we like the fact that we are doing what we can to mitigate risks. In fact, the UAV is so advanced that, in most instances, you would not even know it was there.

It’s not just the FLIR aerial thermal imagery system that makes drone an obvious addition to our fleet. The Mavic Enterprise Dual is also fitted with new state of the art safety equipment. This includes DJI Airsense which can detect the presence of nearby manned aircraft. Manned aircraft have to emit ADS-B signals which informs other air operators of their location. DJI Airsense detects these signals and relays the information to the drone pilot though their remote screen. An amazing addition to help increase safety in our sky.

As the UAV belongs to the new enterprise range, it is also able to carry interchangeable equipment. As of the 7/1/19, this includes three adaptors. A loudspeaker, spotlight and a beacon.

Lets start with the latter as it again adds to the safety of the RPAS (remotely piloted aircraft system otherwise known as drone). The beacon emits a flashing light (similar to what you see on manned aircraft) which is visible up to 3 miles away. Thus, manned aircraft will easily be able to detect an airborne drone as much as 3 miles away. The responsibility of safety remains with the drone operator but anything which helps manned aircraft see other air users has to be a great thing.

The loudspeaker omits a sound as high as 100 decibels and has been tested at a range of over 600 feet. The spotlight projects a light equivalent to 2,400 lumens. In other words, the drone can be used to relay up to 10 user program messages or is able to light up even the darkest of nights.

So, I hear you ask, how is Drone Scotland going to use the new MED (Mavic Enterprise Dual) and what will the benefit be to our customers? As matters currently stand, we intend to use the thermal technology primarily for structural and inspection purposes.

We see a massive opportunity in the construction market. The deployment of a thermal drone can markedly improve the time it takes to record the infrared signature of any construction project and also reduce the need to have people walking on roofs etc to gather the data by hand. This benefits the contractor by reducing snagging and helping them get insulation, windows, drainage etc right the first time round. This benefits the developer who can simply get the data sent straight to their office for review. No more having to attend the site to inspect the work. And finally, it benefits the end user who can accept the transfer of their property knowing that building has been constructed to the highest of standards.

The thermally equipped drone also reducing the risk to life by helping keep boots on the ground rather than the unnecessary use of cherry pickers, harnesses and climbing equipment. Health and Safety is everyone’s priority and we, at Drone Scotland, can help reduce damage, injuries and even fatalities.

Finally, aerial thermal imagery saves time. Our equipment can document in minutes what may previously have taken days. As they say, time is money.

The thermal technology can also be used out with construction. With solar panels becoming more mainstream, our equipment is quickly and cost effectively able to inspect solar panels. Again with the same time and safety benefits, as mentioned above. Our UAV can easily identify solar panels that have ceased working and feed this information back to the owner or engineer.

Other uses are for SAR (search and rescue), police emergencies and to support the fire service. All of which we will be researching upon the receipt of our MED.

Very exciting times in 2019. Want to find out more, contact us direct.