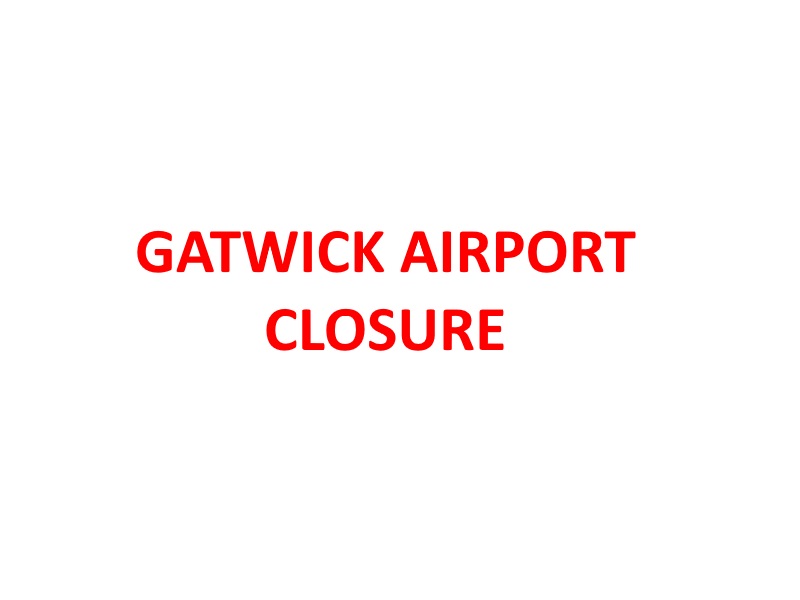 Shocked watching the news today. Seeing all the disruption caused by illegal drone operator(s). Thousands of people stranded, not just at Gatwick, but around the world.

However, we have to ask ourselves, is this a surprise? The simple answer is ‘no’.

It’s not the fault of drones and it’s not the fault of legal operators. The fault is of those that have purposely flown their aircraft into Gatwick’s airspace. Recent terrorist attacks, and I’m not suggesting this is terrorism, have used a variety of tools including guns, cars, knives and explosives. The reality is that there are plenty of tools that can be used to disrupt our way of life.

Where the difference lies is that the government and police can be seen proactively tackling firearms, knife carriers, explosives and we have systems in place to monitor and track vehicles. Illegal drone activity isn’t properly managed or investigated.

Now this not me blaming the police or the government but this has to be a wake up call. Take a look at youtube and you will find it littered with illegal flights flown within the UK. It’s almost like video publishers are advertising video evidence of their crime. When was the last time we saw these operators being cautioned or prosecuted for their actions? In my opinion, never. Surely if people are uploading their illegal flights online, there is a strong argument for them to be told the errors of their ways and, in some instances, prosecuted.

Being a member of many drone social media groups, it is evident that the general opinion is that illegal drone activities will never be addressed by our legal system. You read it all the time, commercial CAA approved operators complaining about illegal flights by hobbyists. Illegal hobbyists, in turn, tell the whistle blower where to go. I’ve witnessed extreme abuse and threats being issued when, a clearly illegal flight, has been questioned. How long can the legal system turn a blind eye to this activity?

So, as long as the general consensus is that illegal drone flying will go unpunished, we can only expect illegal flights. And, as we all know, one small illegal activity can often lead to a slippery slope where minor indiscretions become a real and substantial risk to the public.

If you are local to us and would like to be trained how to fly safely, we offer courses
to hobbyists. Alternatively, read our guide https://dronescotland.com/general/scotland-drone-laws/